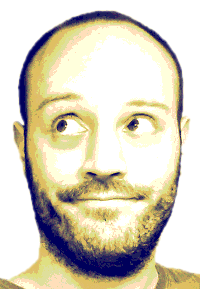 Roger Bernat creates performances in which the audience takes the stage and becomes the protagonist.

In 2014 I wrote the software for his show Numax-Fagor-plus. Roger then used the same device to create another unrelated performance, El público (2015). In both shows, a performer and the audience together reenact a story with the aid of two screens (one facing the performer and the other facing the audience) which act as teleprompters, showing the lines of the script one by one. The performer controls the device with a remote control which has a single button to go to the next line (and one to go back just in case of mistake). 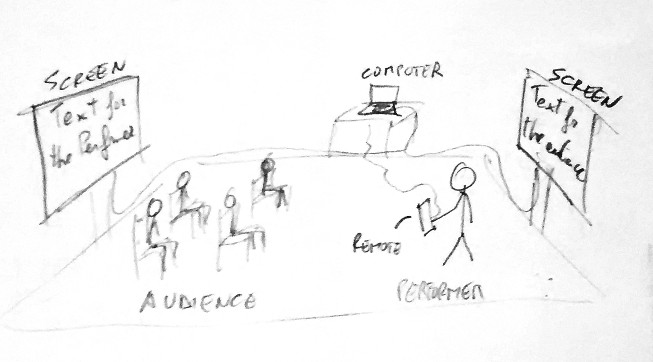 The software is written in PHP and JavaScript and runs on a local web server with a MySQL database. It includes an administrator interface which the artist and his collaborators can use to write and update the script for the shows, including translations into different languages. 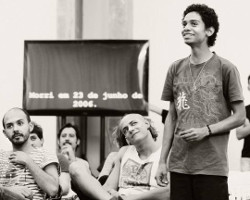 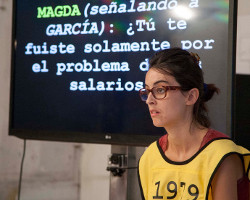 Another art work by Roger Bernat for which I have written the software is FAT Quiz, an installation created for an exhibition at the Antoni Tàpies Foundation in 2015. It consists of a 12-question quiz which is presented to visitors of the museum on a computer screen. The user answers by clicking on one of three possible answers using a mouse. 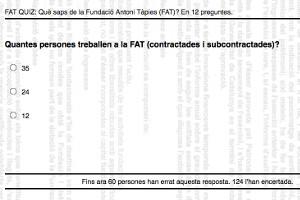 In this case, too, the application is written in PHP and is displayed in a browser. For convenience, the application is online on a remote server. Statistics of correct vs wrong answers are collected and shown to the users in comparison to their own results. The same device has been used to prepare a similar quiz for the Museum of Contemporary Art in Zagreb.